Just got a phone call. Marie Clemens, head of Blos International. What a lovely person! In this darkness, she seems to be the only one staying positive. It seems that she already knows how this will end up. Like she had already lived through this ordeal and is now looking back in the rear-view mirror. Gosh, I wish I shared her positivity.

Anyway, I agreed with her to tone down my dismissive language about the feds. It is not my intention to affect nor to comment on the FBI’s reputation or work methods, or in any way influence their investigation. Yesterday’s blog post has already been forwarded to many other sites; Twitter, Reddit, even a V-logger, so no point in taking it down now. Anyway, sorry for everything. We just need to stay strong and hope for the best for these poor individuals whose whereabouts is still unknown. All our equipment is seized, so all production and development has abruptly halted. Even though we are being investigated, no one if formally arrested as of yet. Our entire staff will reunite over at Blos International Head Offices soon, to talk about our next steps.

Phew, this is hard. 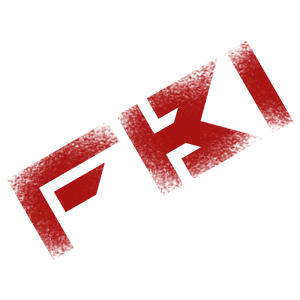 Hi guys, this is us again. I’m sitting at the New York Plaza Hotel writing this, just back from a classified FBI hearing regarding the disappearance of three Japanese university students. It’s not easy to write this or to actually understand what has happened, but I feel honesty is one of our main assets right now so I just want to get to it. CSD Games is under investigation for alleged involvement in the disappearance of three exchange students from Japan. I’m a little bit scared to write too much here… Not because of legalities (we got that covered), but rather my own emotional state.

I’ll try to summarize what went down the last couple of days: Two days ago, on the day of our 2nd year anniversary of our Nevada offices, our place was “visited” by the FBI. I don’t know what they were expecting to see inside our building, maybe some evil grand-master with his fully charged Tesla coil. Doors were kicked in (they weren’t locked), orders were shouted repeatedly (everybody understood the first time), and we were basically dragged out onto the street (we could have walked, and – as a peaceful protest – some of us actually did). It took a while for the feds to calm down. Maybe they realised that a couple of monitors and humming computers weren’t going to harm them – or that the nerds and geeks they had dragged out into the street were equally harmless. Even though we felt humiliated, I guess the FBI needed to assume the worst given what little information they had to go on. Whatever. Anyway, we are collaborating and assisting in any way we know how.

We still don’t know what happened with the three Japanese players of Tumbleweed, all we know is that they were paying customers, and that they were utilizing the very same equipment that Dubois has been using over at Portland State. I don’t know what to make of this. People just don’t disappear from a research facility located in a university campus. It’s so weird. Besides, Dubois has been using our sleep-cells for some time now, so we have full confidence that no error was made on our part. I wonder what could have happened.